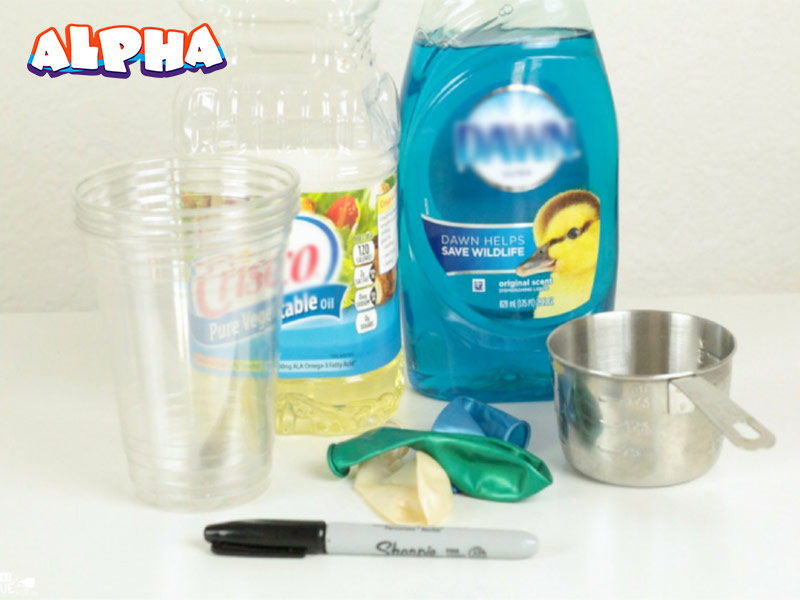 The idea of this density science project is to explore what liquids float, and which ones sink, by filling water balloons with different liquids.

Step 1: Write the words “Water,” “Oil,” and “Soap” onto the three cups so the kids can tell which balloon goes in which cup.

Step 2: To fill the balloons we used a 60 mL catheter syringe and it worked beautifully! One syringe full made a nice egg-sized water balloon.

Step 4: Fill each cup with water. Show the balloons to the kids and tell them what each is filled with. Let them think about whether the balloons will rise or sink when placed in the water. Have them filled out their hypothesis in this printable and record their results along the way. 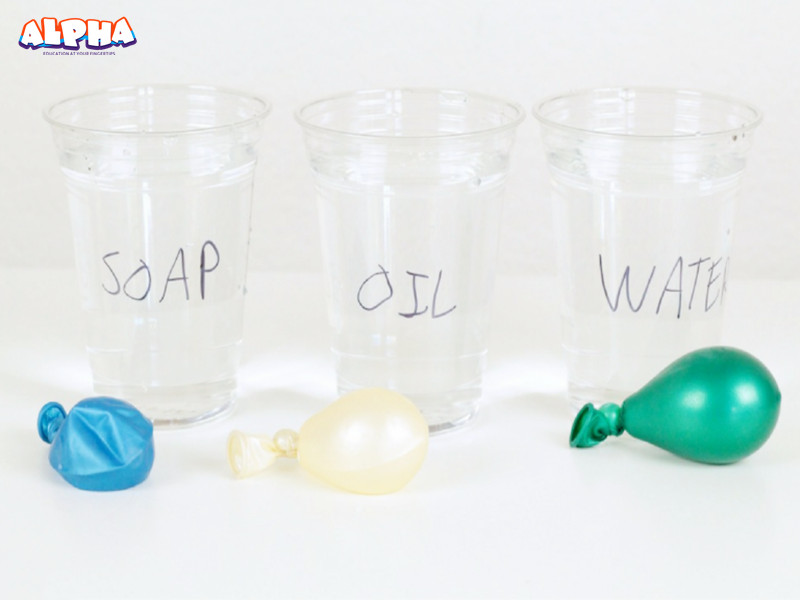 Step5：Drop the balloons into the water one at a time. Watch the kids react and ask them if their hypothesis was correct or incorrect and have them record that data on their sheet.

This simple experiment ties into density. Water, dish soap, and oil all have different densities, which will determine if they sink or float. Oil is less dense than water, dish soap is denser, and water will have the same density as the surrounding water

Alpha Science Classroom water density science experiment is over. Did the children learn the knowledge? It is very interesting to discover the state of different liquids in water. In fact, this physical science experiment can be extended to a lot of content. Children can try to test the state of different liquids like milk and orange juice in water, and explore more about water density and physical science knowledge

If children want to explore more knowledge of physical science, alpha Science Toys will satisfy their curiosity, cultivate their spirit of scientific exploration, and help them become the greatest physicists of all time. What are we waiting for? come on！