Not only is baking soda in the kitchen useful for cooking, but it's also a useful chemical for science projects. Kids use baking soda to react with vinegar to make homemade volcanic eruptions, or fire bottled rockets into the air or test for acids and alkalies, and do a lot of fun kids' science experiments about baking soda. But the kids know that there's a lot of chemistry science we can do with baking soda and learn a lot more about chemistry. Today, Alpha Science Classroom joined kids in a special kitchen science experiment that will make baking soda lose weight! Ever wonder how it works? Let's come together!

Step 1: The children preheat the kitchen oven to 200 degrees Fahrenheit (about 93 degrees Celsius). Then turn on the scale and reset it to zero.

Step 2: The children put the first plate on the scale. Note down its exact quality. Then zero the scale again and add 15 grams of baking soda with a spoon.

Step 3: The children add the mass of the empty plates to the mass of the baking soda to calculate their total weight. Write your results on paper. Repeat these steps for the second board. Make sure to remember which plate is which. You can label them as needed. 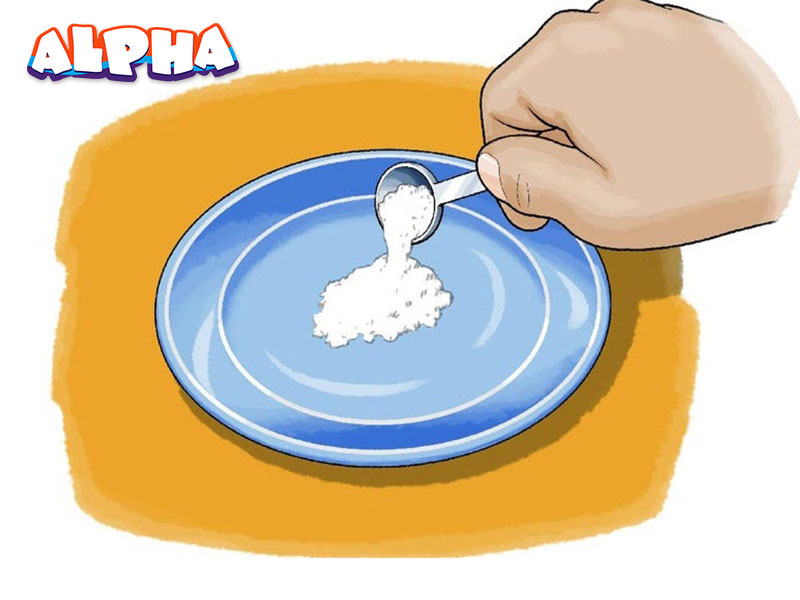 Step 5: The children ask the adult assistant to carefully remove the dish containing the baking soda from the oven. Make sure to wear oven gloves! How does baking soda look? Does the appearance change during heating? Place the board on a thermally safe surface in the work area and let it cool for 5 to 10 minutes.

Step 6: The children set the oven to 400 degrees Fahrenheit (about 204 degrees Celsius). Turn on the scale again, reset it to zero, and place the cooled plate and baking soda on the scale. Note down its exact quality. How does the quality compare to the quality of the baking soda board before it was put in the oven? Does it become heavier, lighter, or stay the same?

Step 7: When the oven reaches the new target temperature, ask your adult assistant to put the second plate of baking soda in it. Similarly, set the timer to 15 minutes, and then keep the baking soda in the oven all the time. Do children think that 400 degrees Fahrenheit will get different results? What will happen to the baking soda this time?

Step 8: After 15 minutes, the children ask the adult assistants to use oven mitts to carefully take out the baking soda dish from the oven. How does the baking soda look this time? Will it change color or still look the same? Set it aside and let the plate cool for 5 to 10 minutes.

Then turn on the scale again, reset it to zero, and place the second cooling plate on the scale. Note down its exact quality. After heating at 400 degrees Fahrenheit for 15 minutes, how does the quality of baking soda (plus board) change?

The alpha science classroom tells children that when the temperature is increased to 400 degrees Fahrenheit, the decomposition reaction will occur faster. Fifteen minutes is enough time to decompose baking soda into sodium carbonate, water, and carbon dioxide. The gaseous products (water and carbon dioxide) will escape into the air, which is why the final product is much lighter than the product placed in the oven.

At any temperature, the appearance of baking soda will not change. Although you used baking soda to make a new product like sodium carbonate during the decomposition reaction, it still looks the same. Both substances are white powders.