Step 1: If children have never tried to flip the bottle, they should practice before starting this project. You want to be consistent throughout the activity (for example, how high to throw the bottle, how far to throw it horizontally, and how fast to spin).

Step 2: The children fill about a quarter to a third of a plastic water bottle with water, and then close the lid tightly.

Step 3: Loosen the neck to hold the bottle, and throw the bottle forward (turn the bottom away from you).

Try to throw away the bottle so that it can be completely turned over and fall vertically without falling. This may require a lot of practice! 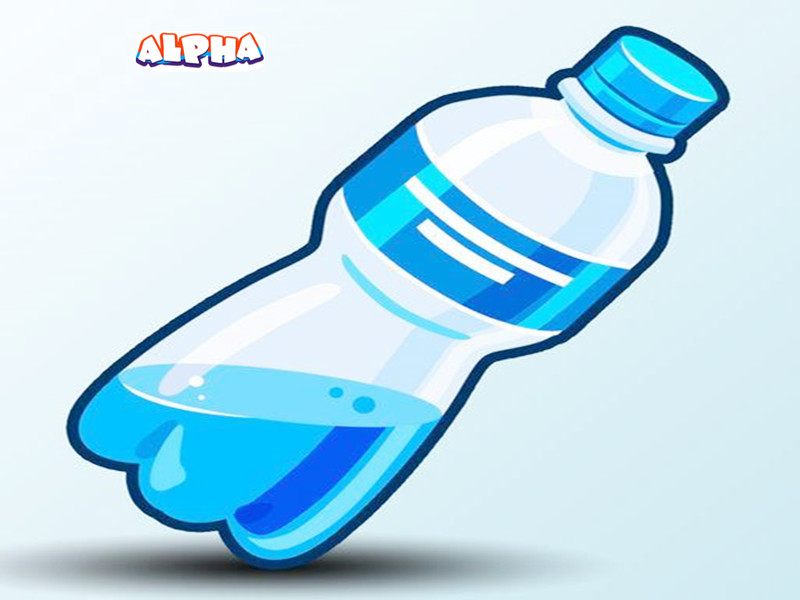 If the children are frustrated, at least try to observe which side (top, bottom, or side) the bottle falls on initially, even if it falls afterward. Can you keep the bottle at its bottom all the time?

Alpha science classroom: Observation Results of The Physics of Bottle-Flipping

The alpha science classroom believes that although the results may vary slightly depending on the individual's skills, children may find that about a quarter to a third of a bottle full of water is the most successful. Successfully flipping an empty or completely filled bottle is very difficult (perhaps almost impossible).

The alpha science classroom tells the children that the explanation of this phenomenon depends on the angular momentum. Children must remember that when there is no external torque acting on the object, it must be conserved and depends on the moment of inertia and angular velocity. When the water bottle rotates in the air, no torque is applied to it (ignoring air resistance). Remember also that the moment of inertia of rigid objects (such as empty water bottles) does not change when rotating. Therefore, the angular velocity of the empty bottle remains constant, and it flies through the air like a flying coin. This makes it difficult to control the drop of the bottle, and it is also difficult to make it stand upright. The same is true for a fully filled bottle. Even if it is filled with liquid water, there is no room for the water to slosh, so the mass distribution in the bottle remains the same, and the angular velocity remains constant.

All of this changes when you use partially filled water. Initially, the quality of the water was concentrated at the bottom of the bottle. When the children throw the bottle, there will be room for the water to sway. It is distributed along the length of the bottle, increasing the moment of inertia and reducing the angular velocity (maintaining angular momentum). When the bottle is flying in the air, its rotation speed will slow down-if the time is right, you can make the bottle stand upright.

After a long time of trying, did the children succeed? Take short videos to capture the moment of surprise. Alpha Science Classroom came together with kids today to do this fun Physics of bottle-flipping. It is hoped that children can understand the basic knowledge of physical science experiments from simple children's scientific experiment activities, and become the most powerful physics experts in a happy atmosphere.

Alpha Science Toys has a wide range of fun science kits for kids, as well as many of the same physics science experiment toys, so kids can choose their favorite activities and explore more of the mysteries of physical science.