Step 1: First, children put one end of the tube in the soda can. Then the children filled the soda cans with water.

Step 2: children put the soda cans in the vases. We use a pipe to stir the water in the soda can to get rid of any remaining air bubbles. Then we filled an extra cup with water to fill the remaining space in the soda can. Once all the air is out of the can, it should sink easily.

Step 3: Children observe that once the soda sinks, blow air into the plastic tube. Watch the air pass through the pipe into the jar and make it rise to the surface!

Step 4: Once the children have finished blowing air into the tube, a siphon will be created. This means that if you are below the water level, you will get a sip of water. But if you don’t want to drink water, make sure that the end of your tube is above the water level! 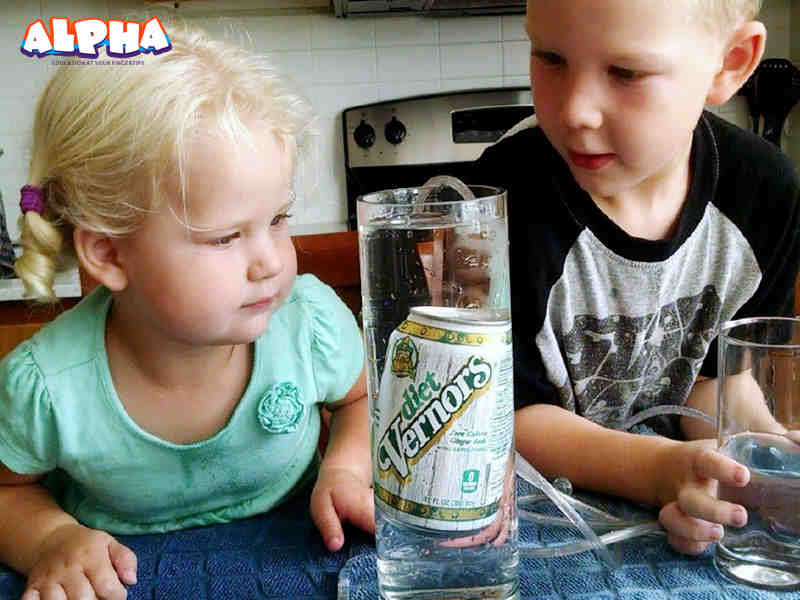 Alpha science classroom: The science behind Soda Can Submarine Experiment

When air flows into the tank, the water is displaced and flows out. This makes the soda water less dense than the surrounding water, which is why it rises to the surface!

The submarine dives and surfaces in the water. Do the children understand the answer? Children Can use their imagination to make Alpha Science Classroom's Soda Can Submarine Experiment more interesting, learn more about the scientific mysteries of kitchen science experiments, follow us, more interesting kid's science experiments, Explaining the wonders of science for children.