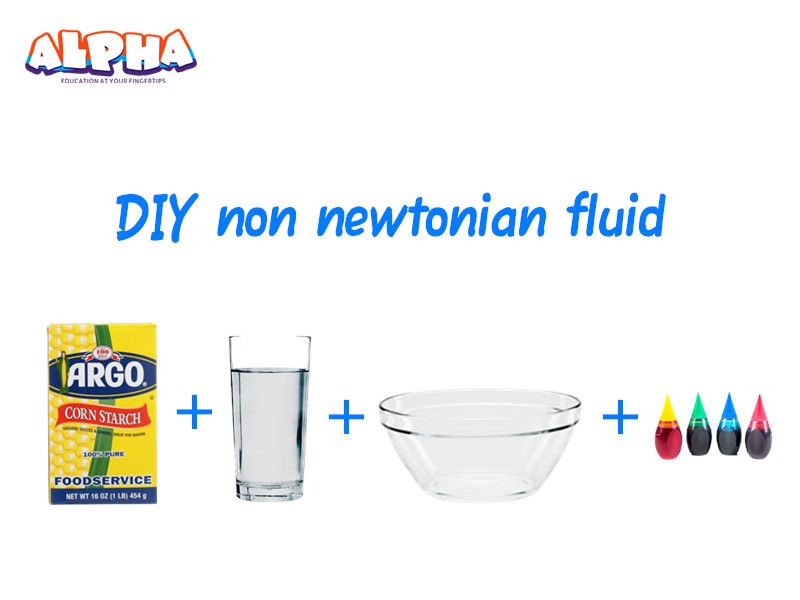 A box of cornstarch

Non-Newtonian fluid corn starch isn’t poisonous but the smell is very terrible. Children need to wash their hands carefully after using it. Children should be supervised by their parents to complete the scientific experiment.

It’s better to wear old clothes. Because the corn starch will get your clothes dirty easily.

If you touch the non-newtonian fluid mixture, don't worry, actually it is just a little water.

Put some newspaper on the ground and table to avoid spilling on the floor or table.

Non-newtonian fluids made from corn starch may solidify if they are not moist enough. If it hardens, please discard it.

If Non-newtonian fluids made from corn starch are placed there for a long time, it will dry out and even return to cornstarch.

Children need to pour one box of corn starch into the glass bowl and add a cup(237ml) of water. It’ll be tough to stir with a spoon. It’s just easier and will get more fun to mix the cornstarch and water with clean, bare hands.

If kids still feel the corn starch a little sticky, continue adding water (or cornstarch if needed) in small amounts until you get a mixture that has a consistency similar to honey.

Pour the mixture onto a tray or baking pan. Notice its unusual consistency as you pour it. Stir it on the tray with your fingers, first very slowly and then, as fast as you can. You may be surprised at what happens. Skim your fingers across the top of the glop. What do children feel?

In a few simple steps, the children completed a scientific experiment on non-newtonian fluid corn starch. Children can try to touch the non-newtonian fluid-like tapping the mixture or lift their hands straight up from the tray. Isn't it interesting? 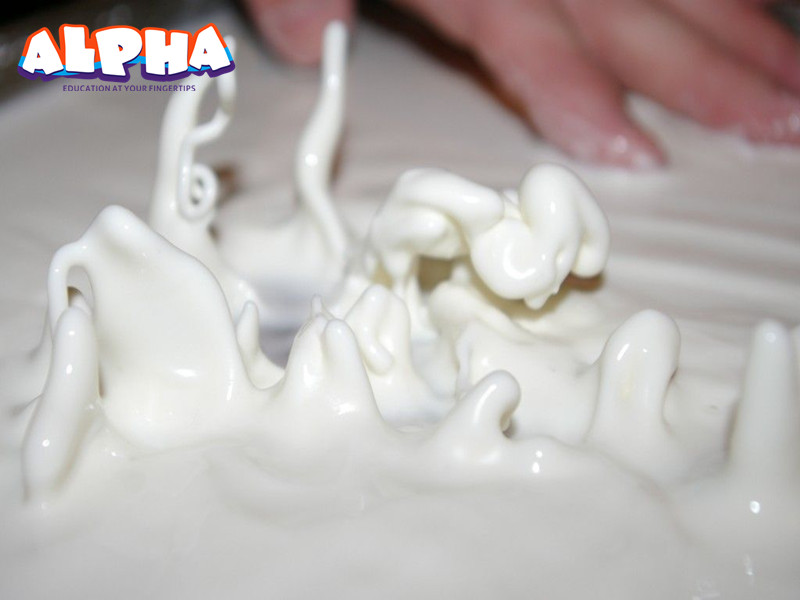 This goo is an example of what’s called a non-Newtonian fluid–a fluid that ignores Sir Isaac Newton’s Law of Viscosity. All fluids have a property known as viscosity which is the measurable “gooeyness” of the fluid or its resistance to flowing. Honey and ketchup are liquids that have high viscosity or resistance to flow. Water has a low viscosity.

Newton stated that the viscosity of a fluid can be changed only by altering the fluid’s temperature. For example,  honey flows easily (low viscosity) when you warm it but becomes very thick (highly viscous) when it gets cold. A non-Newtonian fluid doesn’t have the same dependence on temperature because of its viscosity changes when stress or a force, not heat, is applied. When you squeeze a handful of the glop you made, the particles of cornstarch come closer together and trap the water between them. Its viscosity increases and it acts like a solid… for a split second. When you release the pressure, water fills the spaces between cornstarch particles again and the glop behaves like a liquid.

Could you understand that now, children? In today's non-newtonian cornstarch science experiment in Alpha science classroom, are you falling in love with this touch-perfect Non-Newtonian fluid? Actually, the corn starch is very common in the kitchen but it is very valuable to be able to do such interesting children's physical science experiments and also allows children to explore the secret of the non-Newtonian fluid. Come to Alpha science classroom to explore more interesting scientific activities, children, if you love it.