Music accompanies the children through every stage of growth, so children are not unfamiliar with the music. Today, the alpha science classroom makes a simple rubber band guitar for children to explore sound science with them through simple science experiment for kids activities and at the same time learn the physical science knowledge of sound transmission, and learn interesting scientific knowledge in a happy atmosphere. Let’s make a very cool rubber band guitar together. Right!

Alpha science classroom's this activity, children will build your own guitar and explore how the frequency changes the pitch of the sound we hear. Time to tune-up! 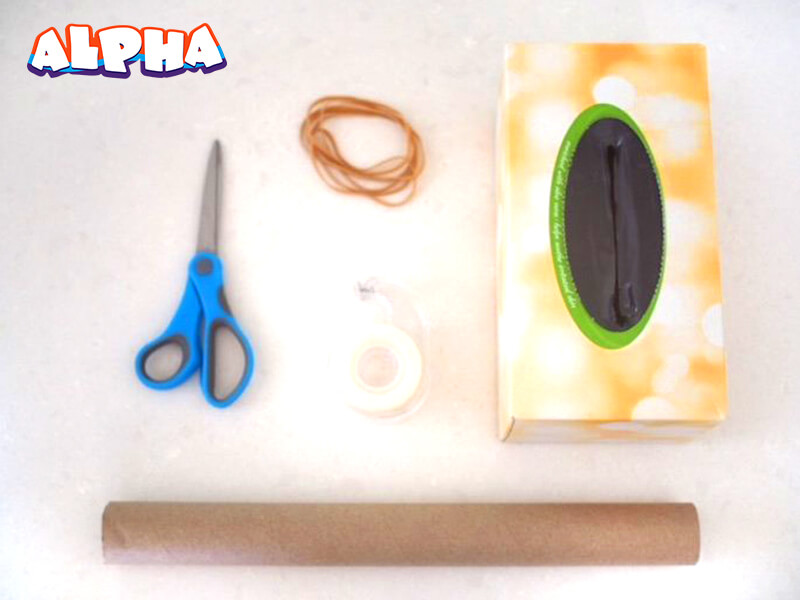 ·Four rubber bands of varying thickness but the same length

·Packing tape (or another strong tape)

Step:3：Hold your guitar by the paper towel roll, and gently pluck each rubber band. Do all of the rubber bands sound the same? If not, which makes a higher-pitch sound, the thin or thick rubber bands? In addition to sound, can you feel anything happening when you pluck the rubber bands?

Step 2：Try pressing each rubber band down on the craft stick. Notice how this changes the sound the rubber band makes.

Extra: Try increasing the size of the tissue box hole. How does this change the sound?

The sound made by your instrument was the sound created by the rubber band vibrating when you plucked it, much like how a real guitar string vibrates when played by a musician. As you strummed the strings of your instrument you might have noticed you could feel the vibrations of the rubber band traveling through the tissue box.

The thickness of the rubber band changed the tone of the sound you heard when you plucked it. The thinner strings on a guitar make a higher-pitch sound because they can vibrate more quickly than the thicker ones. The thinner strings on your rubber band guitar are the same—they vibrate more quickly, and we perceive these vibrations as a higher-pitched sound. 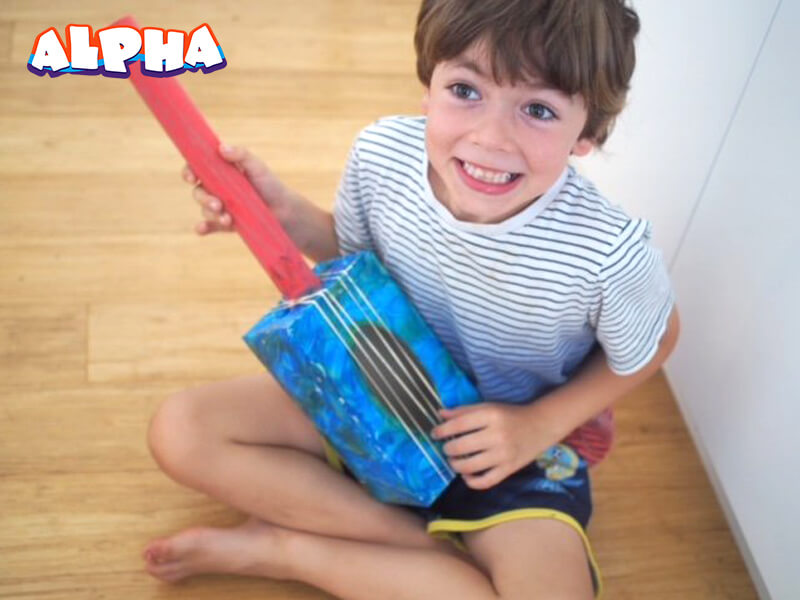 Alpha science toys tell everyone：Sounds to travel to our ears as sound waves—vibrations in the air we perceive as sound. These waves are generated by the vibration or movement of an object in a medium. The most commonly reach us by traveling via the air, although they can also pass through liquids and solids—that’s why you can hear things underwater or if you press your ear up against a wall. A vibrating object, such as a tuning fork, generates a sound wave. The fork’s vibrations cause the air particles around it to vibrate at the same frequency. These air particles bump into the air particles around them, and the sound wave propagates outward from the tuning fork.