The eyes are the best organ for us to observe the world, but children know that eyes can also deceive us. 3D eyes are the tools to deceive us. Today, the alpha science classroom teaches children To How To Make 3D Glasses. Through this interesting children's physical science experiment, we can unlock the scientific mystery hidden in 3D eyes and feel the charm of the kid’s science experiment.

Alpha Science Class: How to make 3D glasses and what materials do you need

step 1. With the help of parents, children download, print, and cut glasses templates.

step 2. Then, children draw an image on the cardstock and cut it out.

step 3. children carefully cut out the "lens" hole with the X-acto knife. (Please help from an adult.) 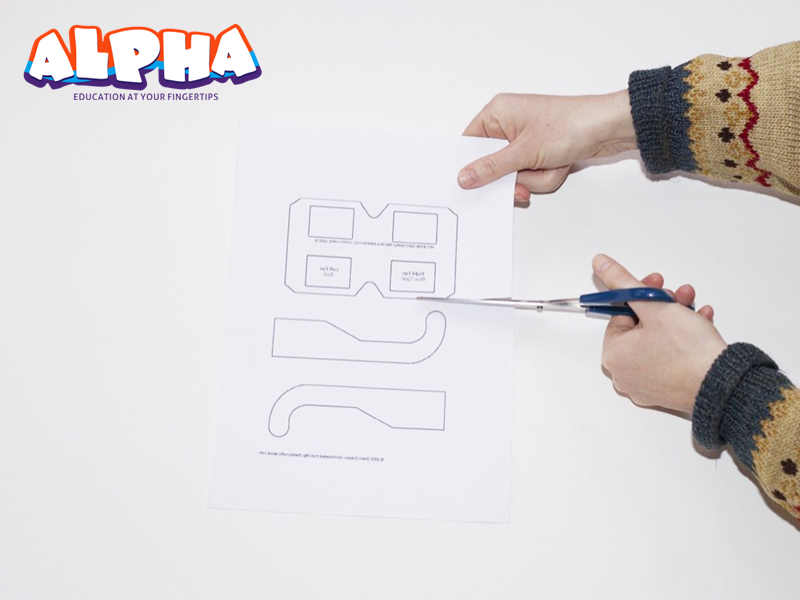 step 4. Children, cut a cellophane square slightly larger than the lens hole. (Note: You can use plastic bags with red and blue marks instead.)

step 6. children install the earpieces on the eyepieces.

Alpha Science Classroom: How to make 3D glasses, the scientific knowledge behind

Tell the kids in the alpha science classroom. Humans have binocular vision, which means we have two eyes. Since our eyes are in different positions in our minds, everyone sees a slightly different perspective. But when used together and with the help of our brain, we end up perceiving depth and noticing more details due to something called binocular summation. Using 3D glasses and specially designed images, called stereo images, we can recreate similar viewing effects.

A relief is a picture made by superimposing two images of the same object (taken from slightly different angles) in two complementary colors (usually red and blue). When viewed with spectroscopically opposite glasses, the relief appears three-dimensional as you just made. In this case, the red filter above the left eye treats red in the image as white and blue in the image as black. The right eye sees exactly the opposite, seeing red as black and cyan as white. Through 3D glasses, the gradient between red and cyan is seen as a gradient from light to dark, giving a sense of depth. When viewed together, the brain fuses the images into a three-dimensional view.

After learning To How To Make 3D Glasses, when watching 3D movies, children find that the characters in the movies become very three-dimensional, which is the function of 3D Glasses. Today, the children's physical science experiment in the alpha science classroom is over. I hope children can learn more about our eyes through this interesting kid's science experiment project, love the happy journey of exploring the magical mysteries of science.