Step 1: children carefully poke (or let an adult poke) the two opposite holes near the upper edge of the cup.

Step 2: children cut a length of rope about your height.

Step 3: children tightly tie one end of the rope to each hole of the cup to form a long handle. Fill the cup about halfway with water.

The fourth step: the children go to the outside area, where it is okay to sprinkle a little water, and will not hit any nearby people or objects when rotating the cup.

Step 5: children begin to rotate the cup on the head in the form of a horizontal circle (make the cup move parallel to the ground).

Step 6: How long do the children need to spin to keep the water in the cup? Gradually transition to rotating the cup in a vertical circle. Is the water still in the cup, even at the top of the loop? 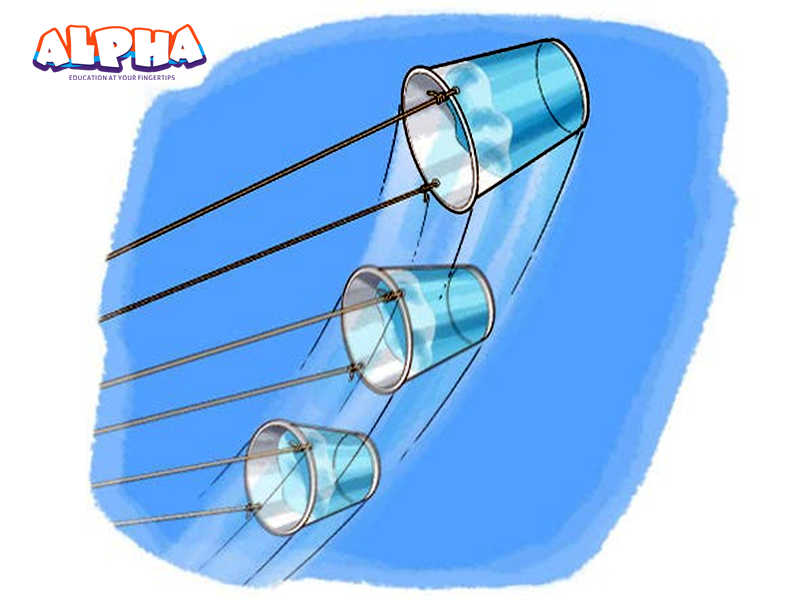 Step 7: If water overflows from the cup, please refill it and try again. Be sure to rotate the cup faster this time. If you continue to experience problems, you can also add less water.

Does the alpha science classroom tell children Have you ever gone around a fast curve while riding in a car? Did you notice how it feels like you are being “pushed” to the outside of the curve? You are not actually being pushed—rather, your body “wants” to continue traveling in a straight line. (This is called inertia.) Your seat belt and the friction of the seat against your body pull you along with the car as it turns, however. This force that makes your body turn instead of continuing to go straight is called centripetal force.

It turns out that you can also apply this same concept to liquids! If you fill a cup with water and tie it to a string, you can spin the cup around in a horizontal or vertical circle. As long as you spin it fast enough, the water will not spill out! Still don't believe it?

As long as you only fill the cup halfway, the children should rotate the cup into a horizontal circle and then transition to a vertical circle without spilling any water. Going directly into the vertical circle may be difficult because the cup may not move fast enough in the first cycle to prevent water from overflowing. If you put too much water in the cup, it is difficult to prevent overflow.

Okay, children do the Gravity-Defying Water Physical Science Experiment, already know a lot about simple gravity. Alpha Science Classroom's kid's science experiments were a great success. Children could use their imagination to learn more about the magic of gravity and explore the wonders of physics together.

Alpha Science Toys has prepared many physical science experiment kits for children, so that children can enjoy the fun of science, at the same time, get more help from scientific knowledge, and help children grow up to be the best scientists and create a better future.