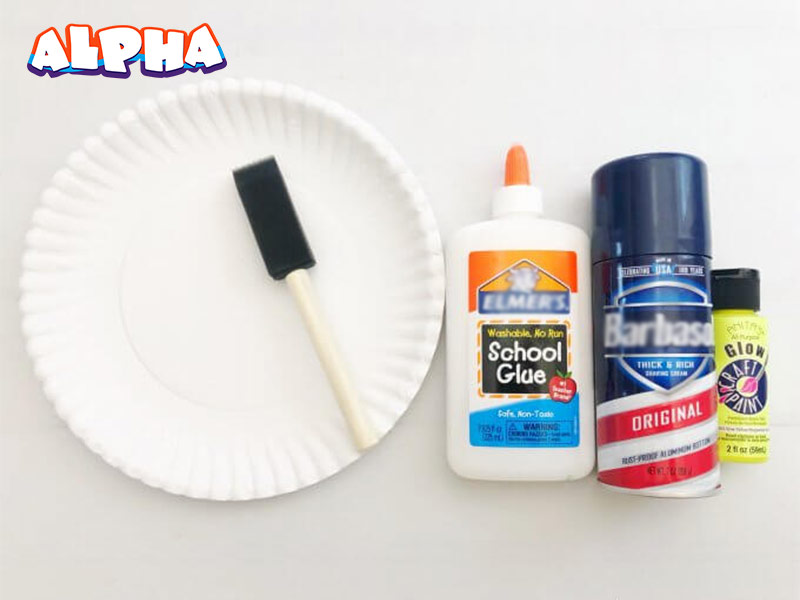 1: Children need a mixing bowl, measure and add 1 cup of shaving cream into the mixing bowl.

2: Children can use 1/3 cup, fill almost to the top with glue, leaving room for a tablespoon or so of glow paint, and pour the glue mixture into the shaving cream. Mix together well with a spatula.

3:Children use a paintbrush to paint your homemade glow in the dark puffy paint onto the paper plates. Leave it to dry overnight. You can even leave spots for craters!

4: Children can cut the plates into different Moon phases if desired when they are dry. 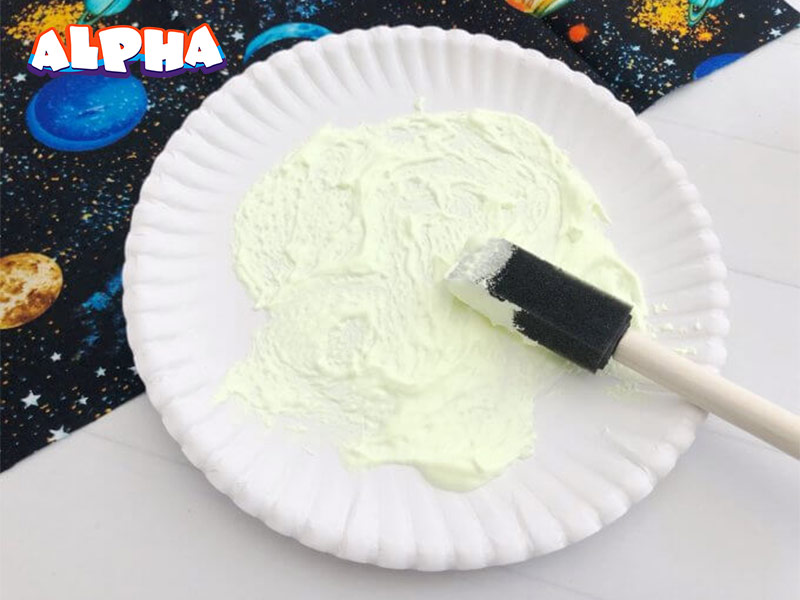 5: Children can Place the Moon in the light, and then bring it into a dark room to watch it glow.

Alpha science classroom:What are the phases of the moon?

To start, the phases of the Moon are the different ways the Moon looks from Earth over the course of about a month!

Each phase repeats itself every 29.5 days. There are 8 phases that the moon goes through.

HERE ARE THE MOON PHASES (IN ORDER)

NEW MOON: A new moon cannot be seen because we are looking at the sunlit half of the Moon.

WAXING CRESCENT: This is when the Moon looks like a crescent and gets bigger in size from one day to the next.

FIRST QUARTER: Half of the lit portion of the Moon is visible.

WAXING GIBBOUS: This occurs when more than half of the lit portion of the Moon can be seen. It gets bigger in size day by day.

FULL MOON: The entire lit portion of the moon can be seen!

WANING GIBBOUS: This occurs when more than half of the lit portion of the Moon can be seen but it gets smaller in size day by day.

LAST QUARTER: Half of the lit portion of the Moon is visible.

WANING CRESCENT: This is when the Moon looks like a crescent and gets smaller in size from one day to the next.