Put a straw in the cup, why can it drain the liquid? Is there any magic mystery? Today, Alpha science classroom teaches children the DIY Pythagoras Cup, Children could unlock the scientific principles of gravity and siphon through the children's physical science experiment project, these projects also present a magical kid's science experiment activity, which helps children understand science The magic and knowledge.

Step 1: First, children, cut the end of the straw closest to the bend at a 45-degree angle. Then, cut off the sharp-edged tip. The children bend the straw carefully. (Be careful when using tools, you can ask parents to help)

Step 2: Children use thumbtacks to make a small hole in the center of the bottom of one of the plastic cups. Then, use scissors to widen it. The straw should fit the hole just right.

Step 4: children turn the cup upside down and seal the space around the straw with hot glue.

Step 6: Then, children carefully put the first plastic cup on the lid, passing the straw through the hole in the lid. 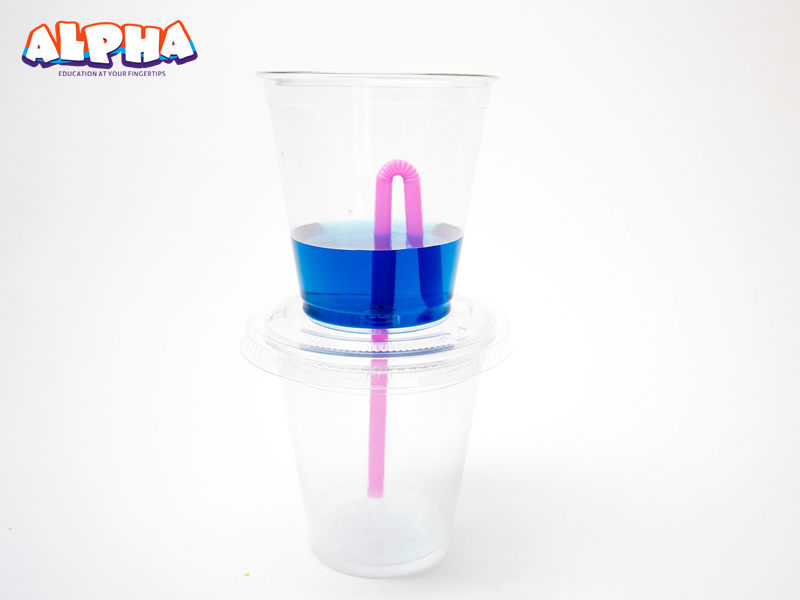 After you have made your first Pythagorean cup, try to modify it to make a stunt cup that deceives your friends! Don't use the second cup to catch the water, but cut the straw so that it is flush with the bottom of the first cup, and then ask your friend if he wants a drink!

Alpha science classroom: DIY Pythagoras Cup, the science behind it

How is this going?

The story of the Pythagoras Cup

Alpha science classroom research shows that the Greek mathematician Pythagoras who proposed the Pythagorean theorem of right triangles invented the Pythagoras Cup to encourage restraint in drinking. The Pythagoras cup can work as a normal cup as long as it doesn’t fill the rim, but if a greedy person fills the cup, the siphon will work and spill everything in the cup to the drinking water. Of people.

Today, the best use of the Pythagoras Cup is as a magic joke cup-see if the kids can fool your friends! Well, the children’s physics science experiment in the alpha science classroom is over. Through this fun kid’s science experiment activity, children learn the mysteries of gravity and siphon and take another step towards scientific exploration. Follow us to learn more about science. Fun truth.

Children can also go to alpha science toys, where we have prepared many equally interesting scientific experiment kits for children to help them learn scientific knowledge and explore the magic of science.