Creepy Halloween is about to begin, Alpha science toys know that children's favorite craft art-science experiment for kids. Making bath bombs is a fantastic activity for kids. It provides some wonderful, real-life chemistry, plus kids love bath bombs. At the upcoming Halloween, the alpha science classroom prepared special Halloween science experiments for children. The kids can create a glow in the dark bath bomb to give as a wonderful gift for their friends!

Alpha science classroom uses this new bath bomb recipe today to do an interesting science experiment for kids. This time we add elements Glow in the dark in Bath Bomb recipes so that children don't want to miss any surprises!

It’s no secret that making bath bombs is one of the kids' favorite ways of embracing STEAM. We are using math to work out the recipe portions. There is some fascinating chemistry behind why bath bombs fizz. Such Halloween science experiments can involve children with their families.

Alpha science toys created a Glow in the Dark Bath Bomb in a variety of glowing colors, but the best part, that had my kids giggling uncontrollably at their pure joker genius, was the surprise inside! Curious what it is? 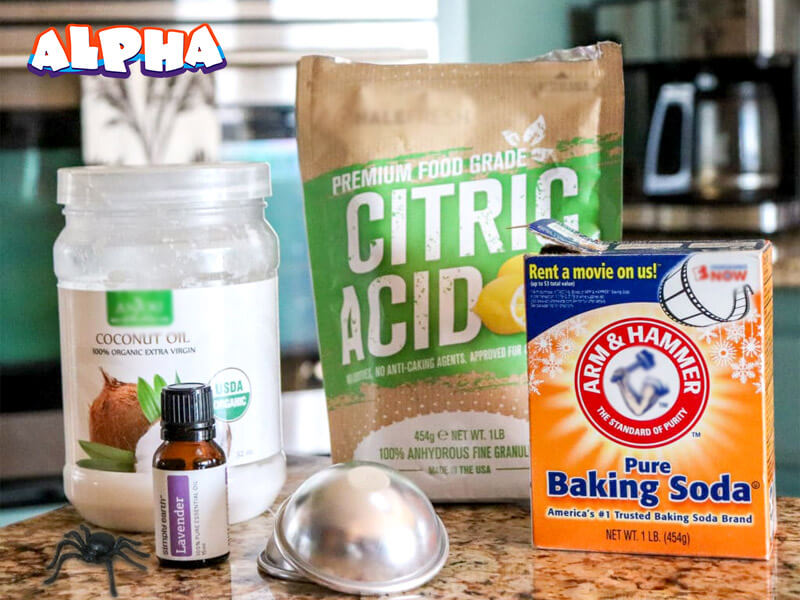 Second step: kids use their hands to get it nice and mixed, but you can use a spatula, whisk, or spoon as well. Evenly distribute the dry mixture into each of the 3 bowls.

Fourth step: Take a bath bomb mold and fill one side about halfway with the mixture. Now add a spider and press it gently into the mold and cover with more bath bomb mixture. Take the other half of the mold and fill it with the green mixture. Press both sides together, using a twisting/grinding motion to get rid of any excess mixture.

Fifth step: Repeat steps 1-4 with the lemon essential oil and yellow mica powder and the patchouli essential oil with the orange powder. Leave molds overnight to harden. Gently tap each side and carefully remove the bomb.

Sixth step: Store in an airtight container until ready to use.

In order to achieve the best glow in the dark effect, children please charge the bath bomb in strong light for about 30 minutes before use. When ready to use, put it in the bathtub. Turn down the lights to see the glow. Then watch the spider "crawl" from the bath bomb "! Is it very "creepy"

Alpha science toys told the children that there are a few things that can cause issues while making bath bombs. Here are some tips to overcome those struggles.

The glow in the dark bath bomb can not be formed. 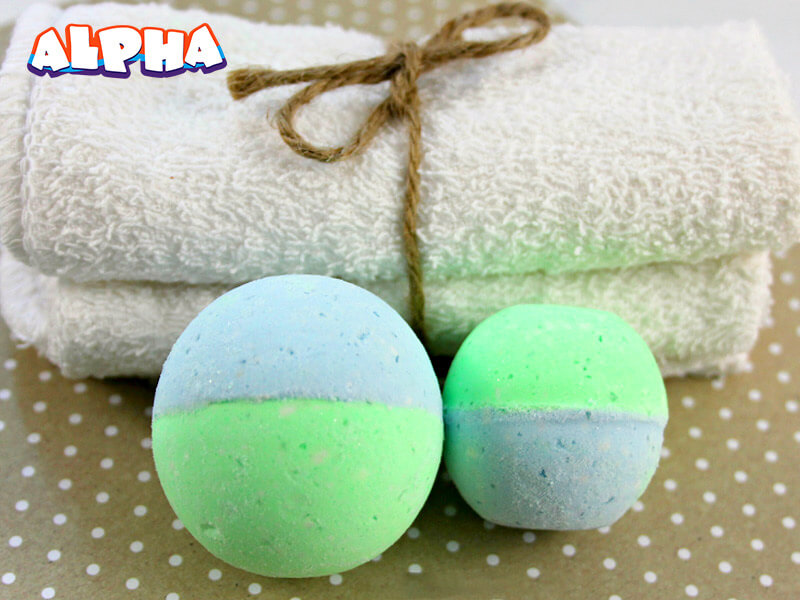 This is the number one struggle from Alpha Science Classroom encountered the first problem when making glow the dark bath bomb. If you live somewhere with high humidity or it is a rainy day, the bath bombs will take moisture from the air and start reacting. To counteract this, reduce the amount of liquid used in the making of the bath bombs and, if at all possible, chose a drier day to make them. If you notice them fizzing after you make them, ensure they are stored in an airtight container. You can also wrap them in plastic wrap to keep the moisture out.

Bath bombs puff up while drying

Kids need to know the puffing up is also a result of too much moisture, so reduce the amount of water to reduce puffing up while they are setting.

On the other hand, if bath bombs of children are too crumbly and not holding their shape, you will need to add a little bit more water.

Alpha science toys spent a lot of time talking about the science behind things that glow in the dark in our Glow in the Dark Bath Bomb experiment. Glow in the dark pigment powder works through a process called luminescence which is caused by chemicals called luminescent phosphors. For this glow to work, it needs to charge in the light. Let the bath bombs charge in bright light before turning off the lights. This will charge the luminescent phosphors. You will have the brightest glow when you first turn off the lights, then it will fade. You can “recharge” the glow simply by turning on the lights again for a minute.

Now you can see why we love not only using bath bombs but making them with kids. They make a fantastic STEAM project!