Do the children know? When the season enters the hot summer, there will be several spots of rain. Children often complain that rainy days are boring and they can't do interesting outdoor activities. However, Alpha science toys found that most children like observing the rainbow after the rain. Alpha science classrooms provide children with science experiments related to rainbows that children will not be bored on rainy days.

Alpha science toy thinks kid’s science toys don’t have complicated or expensive. The raw materials of DIY exploding rainbow that all come from the kitchen. Even if it rains outside, we can make rainbows at home. It is cool, right?

Today, the Alpha science classroom brought the children's science experiment activity is DIY exploding rainbow. It will be an interesting activity. Of course, from a visual point of view children will like bubbles to explode. Although the rainbow won't actually explode, it will certainly cause a lot of bubbles. It's like an explosion.

Are the kids ready to play it? 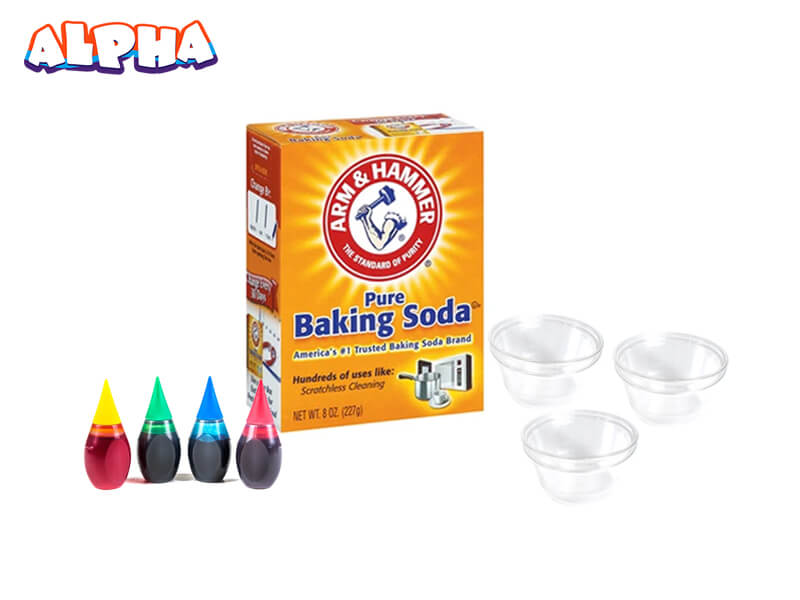 2.Rainbow food coloring (I use the gel kind found at a craft store)

1 step: drop 1 to 2 teaspoons of baking soda into each plastic cup.

2 step: Place a drop of food coloring at the bottom of each plastic container.

3 step: Fill up each container 1/2 way with vinegar.

Baking soda and vinegar react chemically because one is a base and the other is an acid. Baking soda is a basic compound called sodium bicarbonate. Vinegar is a diluted solution that contains acetic acid. 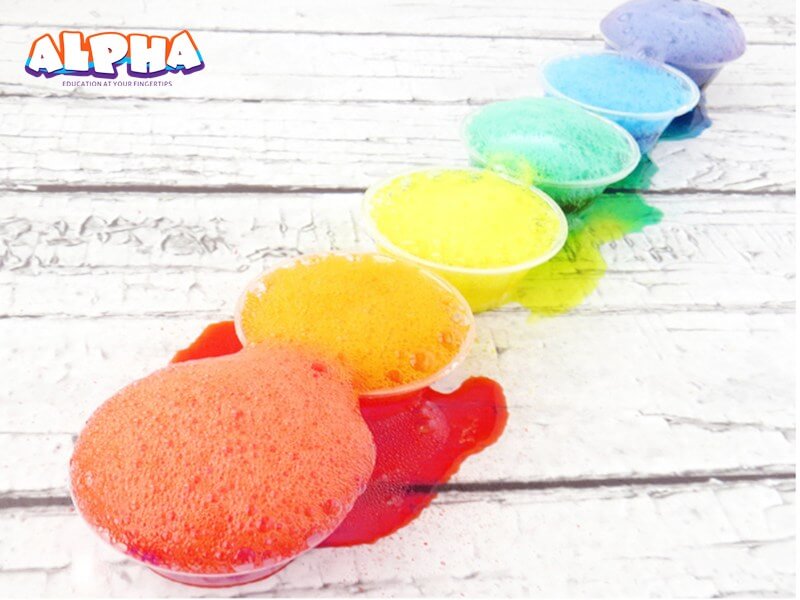 The baking soda and vinegar reaction is actually two separate reactions. The first reaction is the acid-base reaction.

When vinegar and baking soda are first mixed together, hydrogen ions in the vinegar react with the sodium and bicarbonate ions in the baking soda. The result of this initial reaction is two new chemicals: carbonic acid and sodium acetate.

The second reaction is a decomposition reaction. The carbonic acid formed as a result of the first reaction immediately begins to decompose into water and carbon dioxide gas.