There are many different sounds to be heard as they are with different soundtracks. The chicken sound we heard frequently is one of the loudest sounds. Do you know Sound science? Now Alpha Science classroom will teach you to do the chicken sounds from a cup. The children must love it and they can learn the science by this easy and interesting kids science experiment. 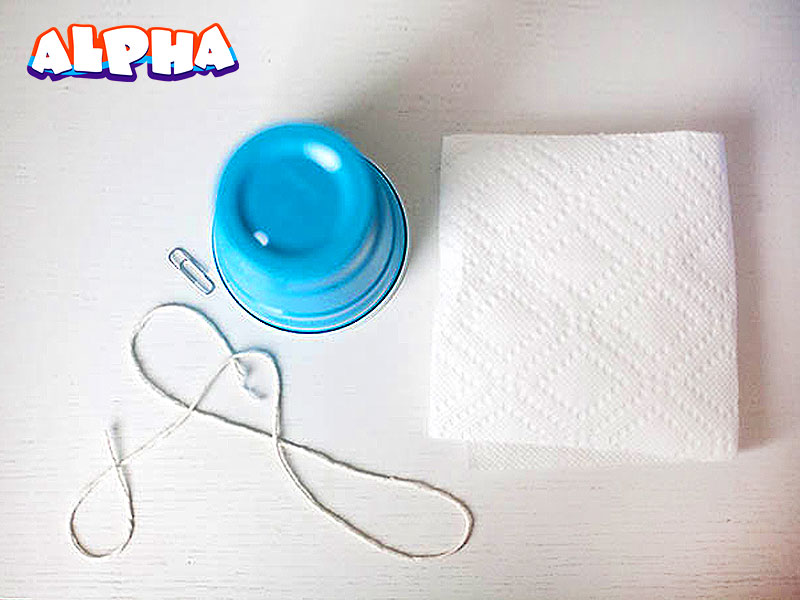 Step 1: children Ask for help from an adult to punch a hole in the cup with the scissors.

Step 2: children Cut the rope about 20cm long. Tie one end of the rope to the middle of the paper clip and push the other end through the hole of the cup and pull it.

Step 3: children Find a piece of paper towel similar size to a dollar bill. Fold it once and submerge it in the water. 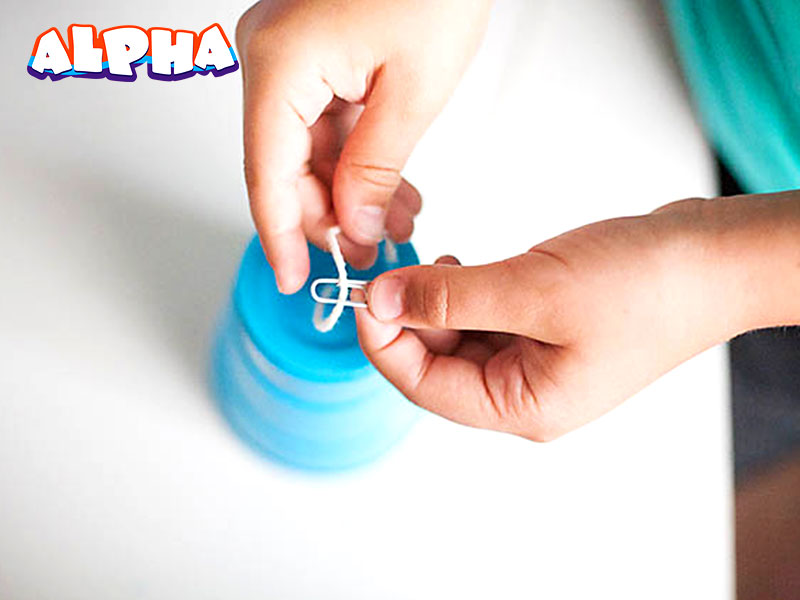 Step 4: children Hold the cup with one hand firmly and wind the wet paper towel around the rope near the cup. When moving the paper down along the rope, squeeze the string so you can hear a chicken.

children Try different cups to see if the sounds are different. Have fun.

By the simple kid's science experiment, Alpha science toys would tell you that a sound is a form of energy to cause objects(liquids, solids, or gasses) to vibrate. Pull the rope to cause it to vibrate. On its own, kids are not able to hear the vibrating sound of rope. However, when adding a cup to the kid's science experiment, the cup would vibrate as well to amplify the sound. Like pianos, guitars, and other instruments, a cup is a sounding board as well to amplify or increase the rope’s sound.

Through the practice, kids can make some pretty convincing chicken sounds. It is said that chicken can produce about 30 different sounds. So kids can try it.

DIY chicken sounds from a cup from Alpha science classroom would end, do you learn physics and sound science? You can show the activity to your family and ask for a rate to decide which sound is the most similar to the chicken sound. Also share it with your friends to show the cool activity.

Alpha science toys have many different science experiment toys, especially sound science kits. It helps the kids to explore different sounds to find the sound charm to be the greatest sound scientist.