The hot summer weather allows the children to only hide in the cool house, then the children know that hot heat is also magical energy, called convection. Today, the alpha science classroom explains the phenomenon of weather convection to children in the form of kid's science experiments and presents the hidden physical science experiments in nature to children to learn the magic of it.

1. First, the children can print out the picture of the snake or draw it by themselves.

2. Secondly, children can color and decorate as they wish.

3. Then, the children carefully cut the snake to make it spiral.

4. children thread the cotton and tie a knot at the end.

5. children pass it through the dots on the tail. 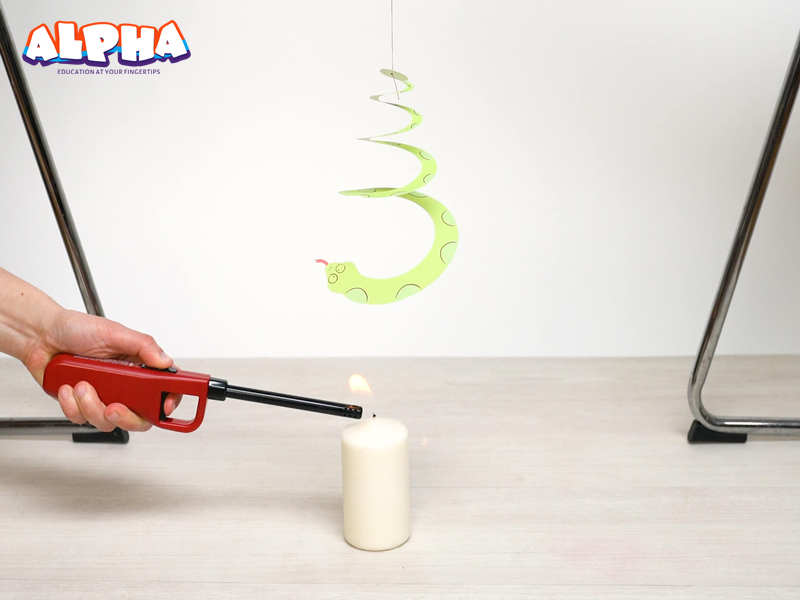 6. children carefully put it on the heat source... a lamp has been on for a while but is very effective on the stove, or a candle.

The Alpha Science Classroom tells the children that convection is passing in the fluid. Fluid is usually fluid or fluid!

As far as snakes are concerned, movement is air molecules. As the molecules near the heat source heat up, they will go further. This appearance (or air) decreases, so it rises, and is taken up by colder, thicker molecules. This circulation of air particles rises and falls, causing the snake to spin. The molecule falls as it rises, re-closes (increases density), and sinks again, continuing the cycle. This cyclical rise and fall of air particles cause rotation.

Alpha science toys have created a magical scientific world for children, which is full of scientific knowledge to help children realize the dreams of scientists!