Eyes give us the opportunity to see all the beautiful things in this world, but do children know? Will the eyes deceive us? Today, the alpha science classroom uses Climbing Sphere Illusion, this interesting physical science experiment activity, to reveal how the eyes deceive you for children, and at the same time enjoy the knowledge and fun brought by this kid's science experiments activity.

Step 1: First of all, children are experimenting with physics science materials. Then, bend half of the first loop of the tights upwards to form the shape of a hook, and tie one end of a rope to it.

Step 2: children carefully tie the other end of the rope to the branch.

Step 3: children force the ball into the twelfth ring of the leggings. 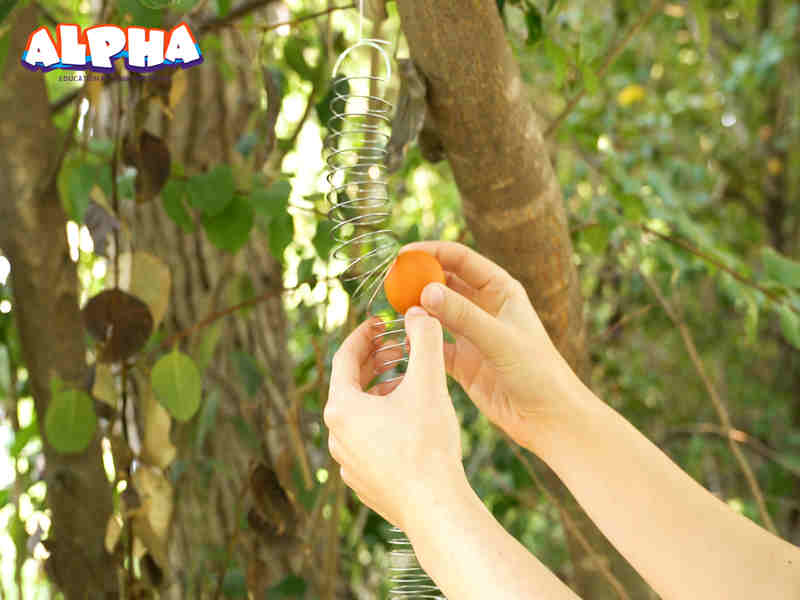 Step 4: children twist the rope in one direction. Then, let go and observe what happens when slinky rotates in the opposite direction!

The first illusion is called the barber pole illusion. This is why it looks like it is moving up and down as it rotates. Your eyes cannot track rotational movement, so your brain will be tricked into seeing the coil move vertically. The same thing happened on the telephone poles of the barbershop.

The second illusion is called an induced movement, which is why it appears that the sphere is moving. Because the tights look like they are moving, your eyes start to follow that movement. Anything that does not move with the movement (such as a sphere) seems to be moving in the other direction! However, focus on the sphere, and the hallucinations will stop. Do the children understand?

Through the activity of Climbing Sphere Illusion, Alpha Science Classroom wants to let children understand that visual Illusion only happens in a specific time, space and conditions. Not everything that our eyes see is an illusion, so children should not try it! This special children's physical science experiment can open the door to the magical world of vision for children, allowing them to enjoy the magic of kid’s science experiments activities, but also to learn interesting physics knowledge. This is the charm of science. Let’s together explore more scientific mysteries with the alpha science classroom!

Alpha Science Toys has prepared many physics science experiment kits about optical illusion for children to help them understand this magical phenomenon so that children can grow up in happiness and become the most powerful scientists.