You are here: Home » News » Science Classroom » Alpha Science class: How to Make Tornadoes in Bottle

Alpha Science class: How to Make Tornadoes in Bottle

Tornado is a natural phenomenon and is the most devastating thing and the strongest force in nature. So, do kids know how does tornado come into being and what characteristics it has? Today Alpha Science Class will unveil the mystery of Tornado for children. Next Alpha Science Toys will make powerful tornado in the bottle with kids together, therefore, kids could learn more scientific mystery of the "Destroyer" in Nature. 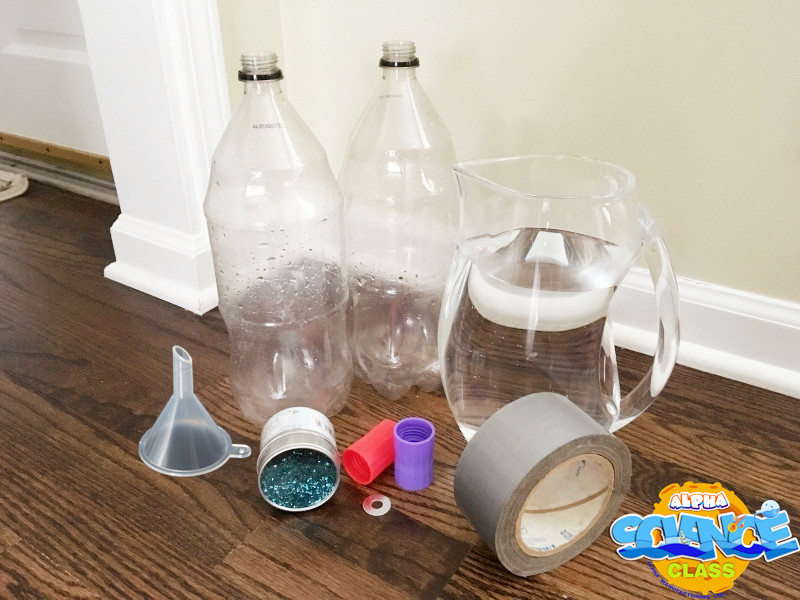 Alpha science class: what you need to prepare 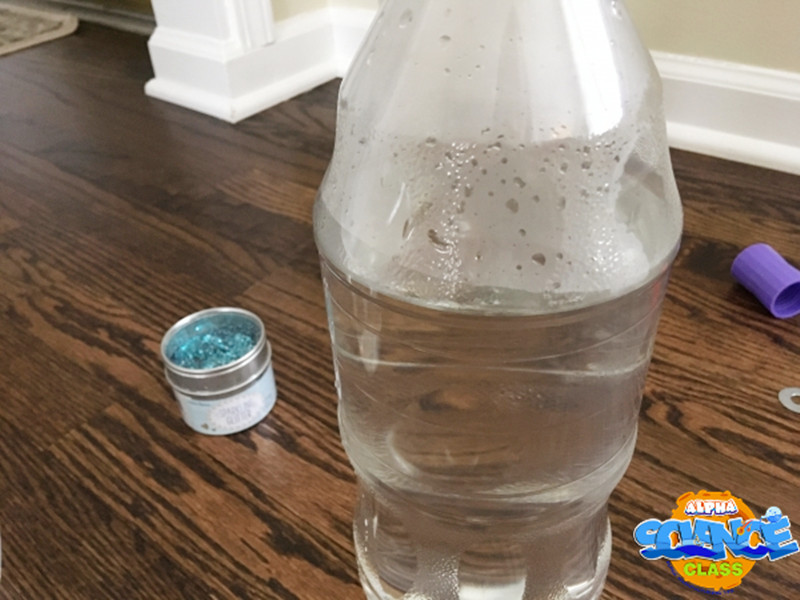 1. Add water into one of the bottles and make the bottle 3/4 full, then add one scoop of glitter powder. It provides a good visual representation for the tornado in the bottle. 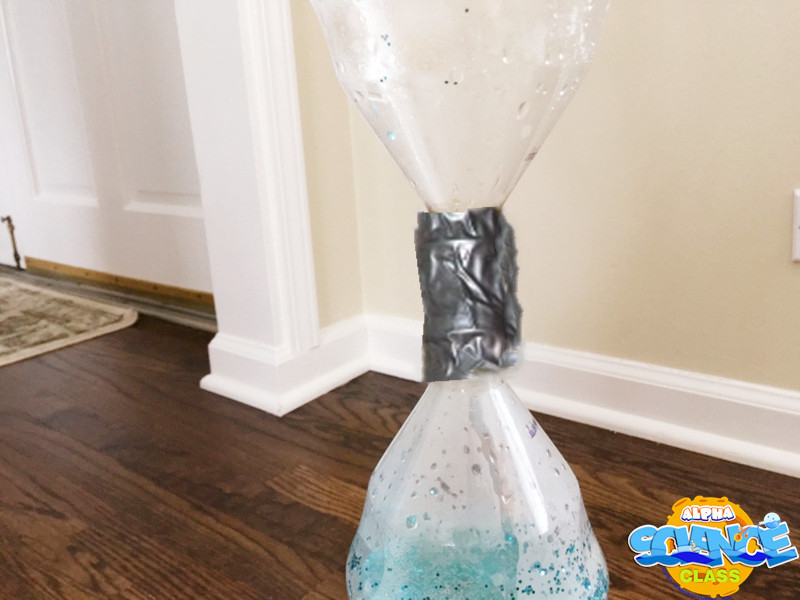 2. Link the top of the two bottles together with Vortex connector, make sure the bottle is tightened firmly and then secured with tape to prevent water from leaking out. 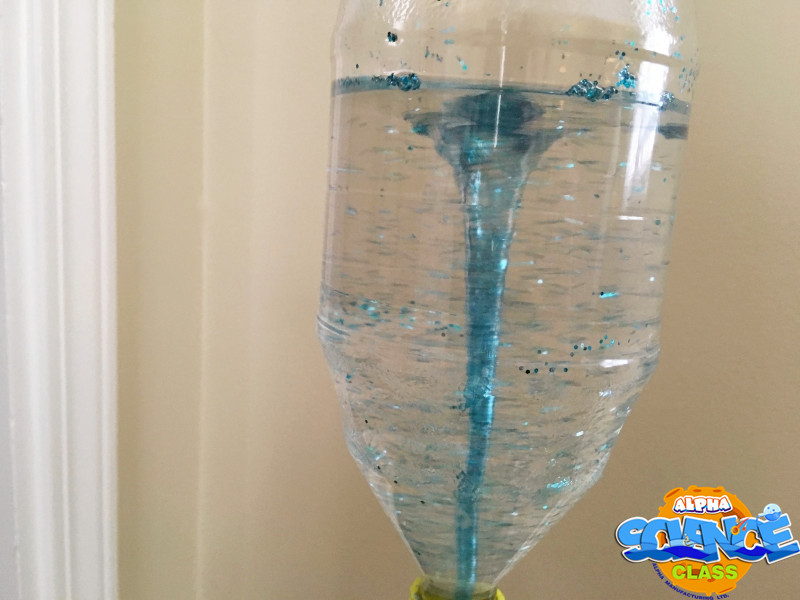 3. After making sure the water doesn't leak, kids need to invert the bottle with water, then rotate the bottle clockwise or counterclockwise to create a perfect "tornado" water vortex to observe its moving trajectory. 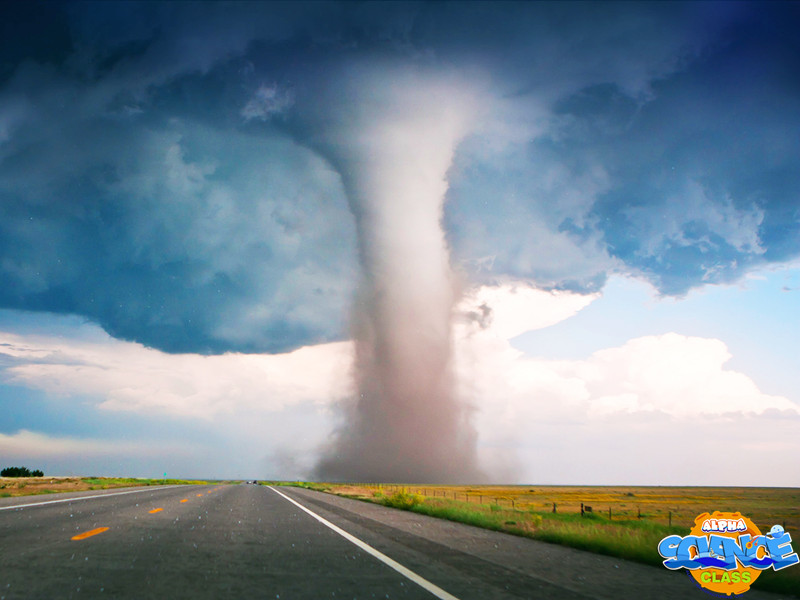 Alpha science toys tell kids that spin the bottle by circular motion will produces water vortices that look like mini-tornadoes. Because of the centripetal force (the inward force directs an object or fluid, such as water, towards the center of its circular path), water rotates rapidly around the center of the eddy current. So far, scientists have discovered some vortex phenomena in nature include tornadoes, hurricanes and water tornadoes (tornadoes formed on the water surface).

Alpha Science Toys would like to teach kids that these phenomena are just one bad side of nature, it also has many others that we don’t know and it brings a big challenge for human beings. So it is good to learn these natural phenomena in their earlier ages. Children can also discuss with their families how to save themselves in a planned way in such bad weather, so that they can keep calm when facing tornado. Have kids learned the scientific knowledge included in this tornado experiment? Let’s do more experiments to decode the secret of nature. 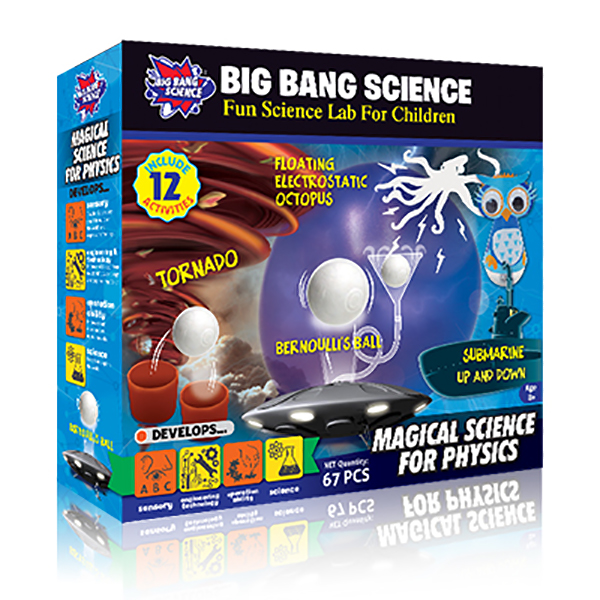 If kids want to learn more about interesting science experiments, come to the Magical Science For Physicstoy kit of Alpha science toys, learn and explore the vast mystery of Science with Alpha science toys together!